APA 7th Edition is Easier for Students and Editors

As an expert editor in APA 6/7, it was extremely difficult for me to grasp the new change in APA 7 that dictates that first-person shall be used instead of third person in academic writing.  For example, it used to be you never used person pronouns when conducting academic writing. If one had used I, me, or my, we would change it to third person, this researcher, this author, etc. Not anymore! APA 7 4.16 states. “ If you are writing a paper by yourself, use the pronoun “I”; do not use the pronoun “we” to refer to yourself if you do not have coauthors” and “Do not refer to yourself or your coauthors in the third person as “the author(s)” or “the researcher(s)”.

The seventh edition of the manual updates guidelines for writing about “age, disability, gender, racial and ethnic identity, and sexual orientation” to bring them in line with current best practices. The guidelines are too extensive to reproduce here, but a few of the most important and general instructions are described below. Consult chapter 5 of the APA Publication Manual (7th ed.) for more details.

I will cover more new aspects of APA 7 ion the next blog article.  For certified APA 6/7 editing please give our doctoral scholars a call toll-free at 888.645.2425 for a free consultation. 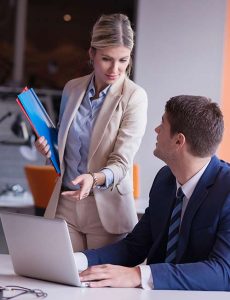